10 Things you should know about fracking

2. It is highly regulated. 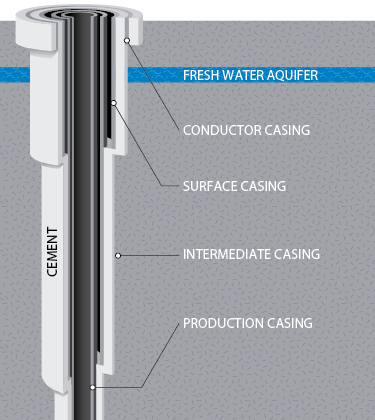 3. Fracking is a completion method, which means that it occurs after the well is constructed and the well integrity is confirmed. Not during drilling.

During drilling activities, one of the most important objectives for us is to protect groundwater. To isolate and protect freshwater zones throughout the life of the well, we design and construct new wells with multiple barriers of steel casing and cement. We closely monitor system pressures during drilling and completion activities. When drilling through freshwater zones, we use air or freshwater-based fluids to prevent water contamination. Once the well is drilled and the integrity of well is confirmed we move on to the hydraulic fracturing process. 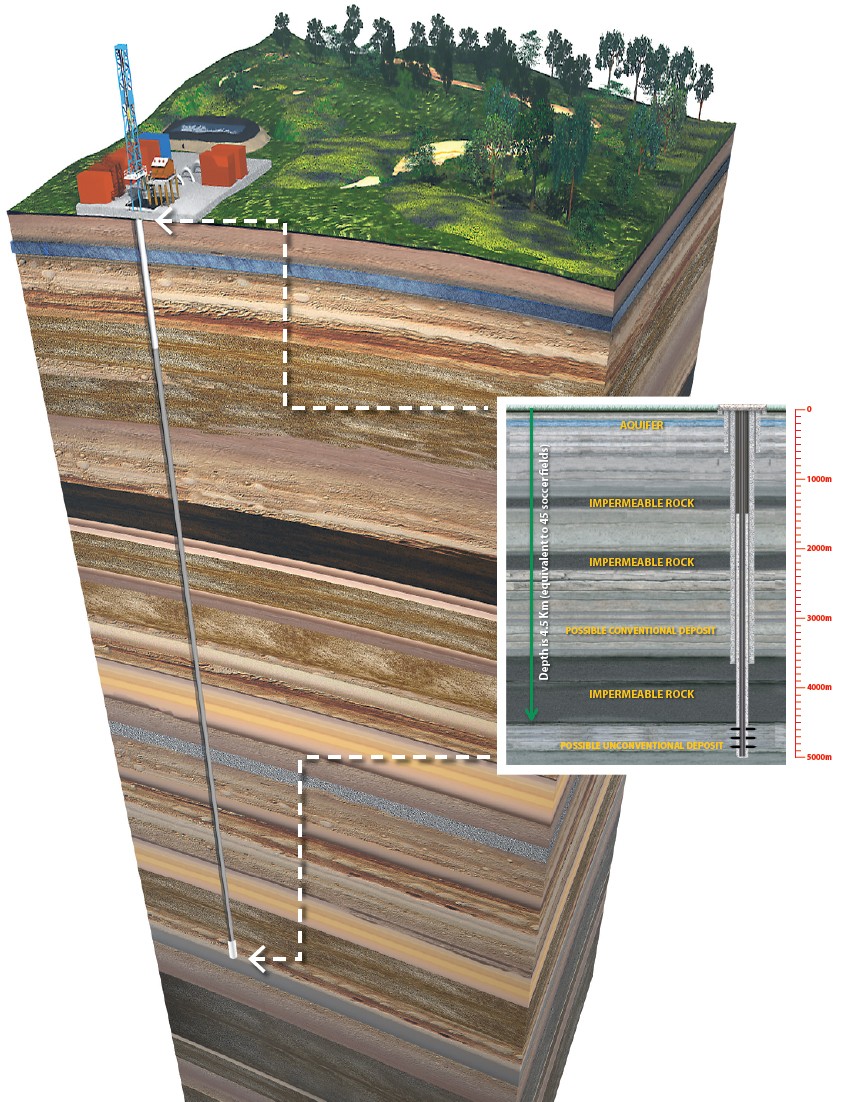 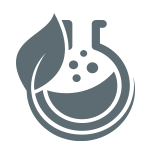 When properly and safely performed, fracking operations should not impact aquifers at all. The narrow fractures, typically only fractions of an inch, created by hydraulic fracturing do not extend upward into aquifers. Thousands of fractures have been measured in the Barnett and Marcellus Shale areas to determine their upward reach. While most extended several hundred feet up from the horizontal portion of the well, the distances between the fractures’ highest points and the deepest aquifers were still thousands of feet apart.

5. Wells are drilled and constructed in a way that protects groundwater from contamination.

A well-executed drilling plan using high-quality casing and cementing operations is critical to well integrity. We hold fluids recovered from fracking in tanks or lined pits and manage them in accordance with government-approved methods to ensure safety and environmental protection. 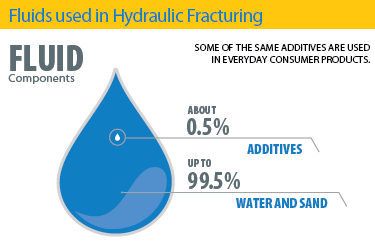 The fluid injected into the ground during fracking varies in composition from well to well and is comprised of elements found in consumer products such as toothpaste, ice cream, cosmetics, household cleaners, table salt substitutes and deodorant. These chemicals are safe when properly handled and used appropriately.

Fluids are tailored to meet the specific needs of each well environment and address factors such as mineralogy, rock strength, permeability, reservoir fluid composition, pressure and temperature. ConocoPhillips supports disclosure of the chemical ingredients used in hydraulic fracturing fluids in a way that informs the public and protects proprietary industry information. We participate in FracFocus, a national chemical disclosure registry.

8. Fracking operations require a significant amount of water, similar to other manufacturing processes.

Water is used in countless ways to grow our food and manufacture products we use each day. Energy creation is no different.

9. Nonfresh or nonpotable water is used in fracking operations whenever possible.

Water for fracking may be obtained from surface water, groundwater, municipal suppliers, treated wastewater from municipal and industrial treatment facilities and recycled, produced water. In the case of groundwater, our operators are encouraged to use non-fresh water (which is not suitable for human consumption or agriculture) where feasible and possible. We are actively engaged in researching ways to use treated, recycled water during fracking whenever possible to reduce our water footprint.

10. It would be extremely rare for hydraulic fracturing to trigger a seismic event that could be felt at the earth's surface.

Hydraulic fracturing stimulation typically releases energy that would equate to a magnitude minus 2 or less on the logarithmic Richter scale, which cannot be detected at the surface. To put this in context, a magnitude plus 3 earthquake feels like the rumbling of a passing 18-wheel truck.